Polu Kai Services was awarded a Task Order by the National Institutes of Health (NIH) to relocate the Dr. Neuman lab from the 3rd floor to the 2nd floor of Building 50. The new renovated area includes 1700 square feet(sf) of new Office and lab space and will include four new offices, a 200sf dedicated wet lab, five optic rooms with shared anterooms, a newly installed 109sf cold room, and a 150sf equipment room.

The new offices, cold room and wet lab space construction included framing and construction of new partition walls. Walls were insulated, strapping installed and then finished. The existing cold room was demolished and a new cold room was installed to meet the stringent standards of the end users. Mechanical, electric and plumbing were roughed in as required. The sprinkler system was roughed in for the new spaces. New lighting and emergency lighting were installed. New solid acoustically sealed doors were framed and installed with new door hardware. Painting was completed. New flooring and finishes were installed. The existing Fumehood was relocated and re-certified. Acoustical ceiling tile and ceiling grid were installed. Casework, shelving and equipment were furnished and installed. Electrical, mechanical and plumbing tie-ins were completed. Upon final project completion, final fire alarm testing and air balancing were performed in accordance with NIH requirements. Once final cleaning was complete, dust free barriers were removed. Additional final testing was completed in accordance with NIH requirements.  Punch lists and correction of those items placed on the punch lists, creation of warranty books and as-built drawings and final commissioning were completed. 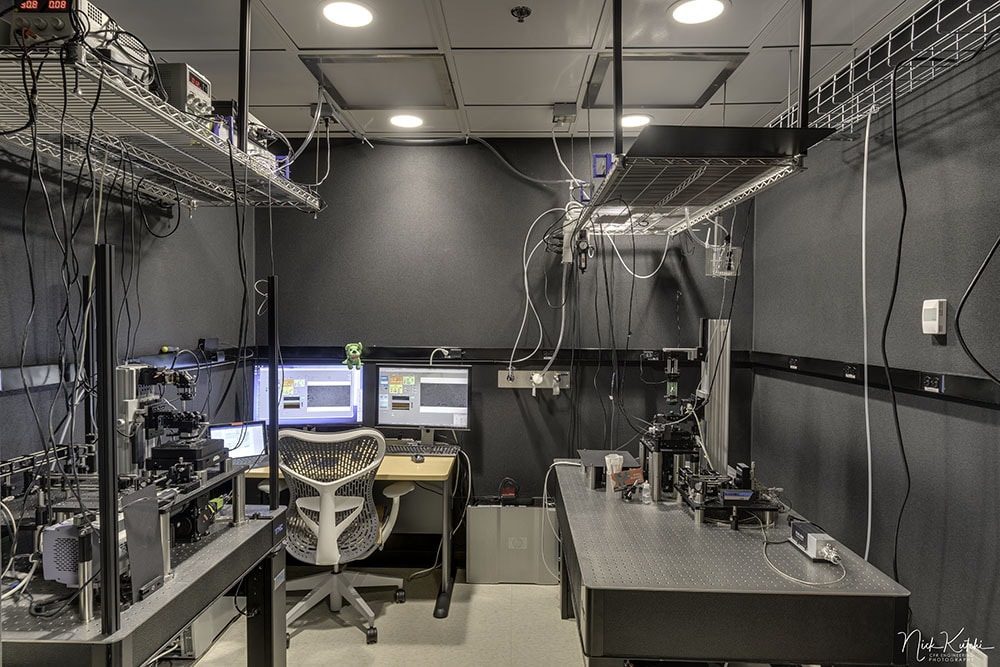 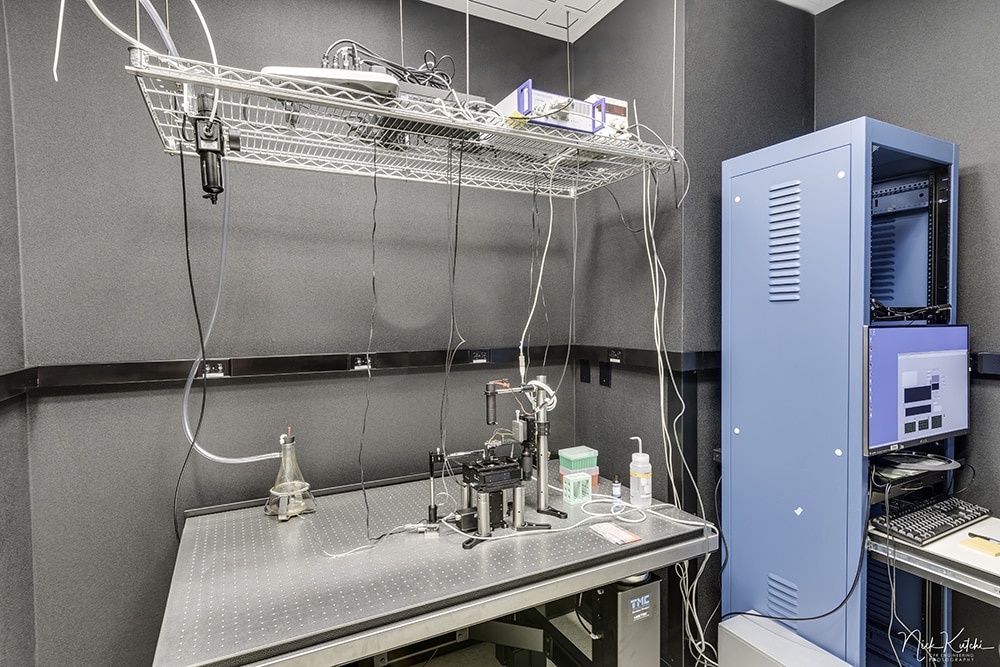